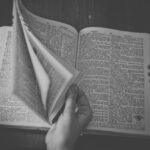 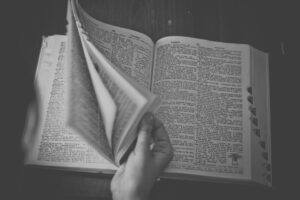 When you hear or see the word “slothful”, what comes to your mind? Is it a person that is lazy, slow, and unmotivated? Perhaps you picture a sloth slowly moving along in the trees. Some people may even instantly think of me! So, how about we define slothful and see how our perceptions match up with reality. That is what this article is going to be about.

I will write this article in the following manner: first, I will come up with a definition of slothful. Then, I will discuss if an animal that is given the name of “sloth” is actually slothful. Finally, I will talk about a couple of the advantages of being slothful (some may even consider me an expert in the art of being slothful). Hopefully, this article will provide you with a little bit of useful information and a little bit of entertainment, as well. So, let the slothfulness begin…..

What Does It Mean To Be Slothful?

I have researched the definition of “slothful” from various sources and have presented some of those sources (and their definitions) next:

I’m not sure about the bonbons, but not doing any work and dozing sound great to me! In all seriousness, though, sleep is a very important activity for humans and so many people do not get enough of it. I discussed the topic of sleep in my article titled, “Sloth Sleeping Habits – How Much Is Enough For Them?” (which includes a little bit of information on how much sleep humans need).

The Slothful Sloth – Or Are They Not Actually So Slothful? 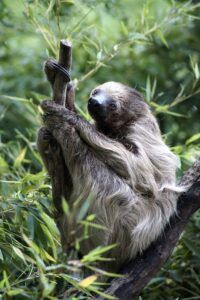 Many people seem to think that sloths move so slowly because they are lazy. After all, the definitions of slothful that I included above all have “lazy” as part of their definitions. But how accurate is this perception? Let’s take a closer look…..

One of the perceptions that people have about sloths is that they move very slowly. Of all the mammals that are on this planet (nearly 6,500 of them), sloths are the slowest-moving one of them all. Furthermore, of all the animals that are on this planet (way more than 6,500 of them), sloths are one of the slowest-moving ones of all of them, too. So, this perception about sloths moving slowly is definitely true.

Another perception that many people have about sloths is that they are lazy (which seems logical since they move so slowly). However, this is most definitely not true. Sloths move slowly for a number of reasons, some of which include the following:

So, sloths do not move slowly because they are lazy. Rather, they move slowly strategically and purposefully. For more detailed information regarding this, check out my articles titled, “How Slow Are Sloths? Let’s Take A Look At This…..Slowly!” and “Why Do Sloths Move Slowly? It’s About Survival“.

How About Sloth Bears – Are They Slothful? 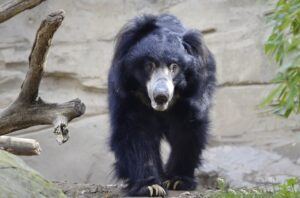 I know of at least one other animal with the word “sloth” in its name – the sloth bear. The sloth bear is one of eight bear species that exist. With its name, one might assume that it is a slow-moving animal. However, this is not entirely true. When sloth bears are walking, they do move along…..well…..rather slothfully. However, when they get moving, they can easily outrun humans. For more information about sloth bears (and sloths), check out my article titled, “Is A Sloth A Bear? Hmmmm…..Let’s Look Into This“.

Why Would Anyone Want To Be Slothful?

Faster this, faster that, get here more quickly, save time here…..there are a number of pressures in the world to move quickly. So many people seem to be in such a hurry. But at what cost and is it really worth it?

Choosing to slow down and enjoy life more has so many potential health benefits for so many people. Relaxation can aid in promoting improved mental and physical health. According to Mayo Clinic, “Relaxation is a process that decreases the effects of stress on your mind and body. Relaxation techniques can help you cope with everyday stress and with stress related to various health problems, such as heart disease and pain.”

I don’t know about you, but if I am able to choose between hurried and rushed vs. relaxed and calm, I will always choose the relaxed and calm route…..the more slothful way.

The Slothful End But Not The End Of Slothfulness 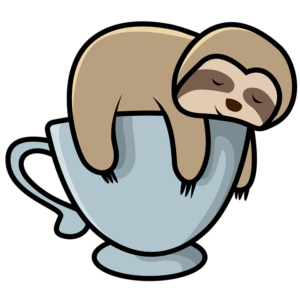 Well, after discussing slothfulness in some detail, I was able to define slothful in this article. In addition, I also discussed if an animal that is given the name of “sloth” is actually slothful, as well as talking about a couple of the advantages of being slothful.

Thank you for taking a look at this article, which I hope you enjoyed reading. If you have any comments or questions, please feel free to leave them below and I will be sure to reply.