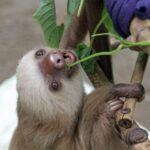 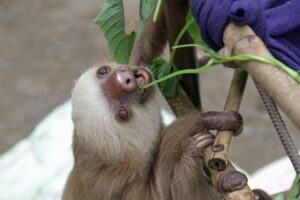 Animals (like humans) don’t all enjoy eating the same foods – and with all of the animals that are in the animal kingdom, I can only imagine how many meal varieties there are out there! Have you ever wondered about what foods different animals eat? In this article, I will look at sloths specifically (since I own allaboutsloths.com) and will attempt to answer the question, “Do sloths eat?”

I will do so by presenting the different species of sloths that currently exist, discussing if some (or all) of them eat, talking about the eating habits of some extinct sloths from the past, and highlighting a list of animals that can go a very,very,(very!) long time without eating. At the end of it all, I hope to have provided you with some interesting and useful information, as well as a little bit of entertainment, too. So, let’s begin this food journey!

How Many Sloths Are There?

In the animal kingdom, there are six species of sloths, which are divided into two categories: two-toed and three-toed. Hoffman’s (Choloepus hoffmanni) and Linnaeus’s (Choloepus didactylus) sloths are of the two-toed variety, while three-toed sloths consist of Brown-throated (Bradypus variegatus), Maned (Bradypus torquatus), Pale-throated (Bradypus tridactylus), and Pygmy (Bradypus pygmaeus). For more detailed information about the different types of sloths, check out my article titled, “Different Types Of Sloths – How Many Are There?“.

Do Any Of These Sloths Eat? 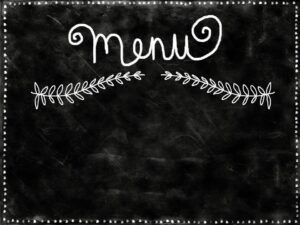 Generally speaking, sloths eat mostly leaves while they’re in their habitat of Central and South American rainforests, which does not provide many calories for them. Because of their slow metabolism, however, they don’t need much food in order to survive. In addition to leaves, let’s now look more specifically at some other “items” that each of the six species of sloths may consider as food products:

Check out this video of a two-toed sloth enjoying some yummy food, which was posted on November 27, 2018 by Smithsonian’s National Zoo.

What Was A Sloth’s Diet Like Way Back When?

At one period of time during their amazing history, sloths were not the cute creatures that they are today (that is hard to believe, isn’t it!). Some of these monsters were huge – 20 feet long, 12 feet tall, and 5,000+ lbs!

According to Animals Network, “Giant sloths were herbivores, which means they ate plants. These creatures used their large bodies to reach the tops of trees, but also ate bushes and shrubbery as well. Researchers believe their diet consisted mostly of grasses, agave plants, yuccas, and more.”

To learn more about these monsters from the past, check out my articles titled, “Where Did Giant Ground Sloths Live? Certainly Not In Trees Like Today’s Sloths Do!” and “Evolution Of Sloths – A Bit Of History“.

These Animals Can Go How Long Without Food?!?! 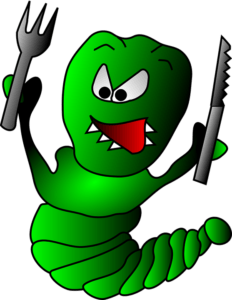 While researching for this part of my article, I was very surprised at some of the information that I discovered – you might be, too! Take a look at this:

The End Of Our Food Journey

In this particular article, I went on a food journey with you in an attempt to answer the question, “Do sloths eat?”. I did so by presenting the different species of sloths that currently exist, discussing if some (or all) of them eat, talking about the eating habits of extinct sloths from the past, and highlighting a list of animals that can go a very long time without eating.

To answer our question…..yes, all sloths do indeed eat. While they may not get much in the way of calories (since leaves are their number one food item), sloths have survived on this planet in one form or another for over 35 million years, so they must be doing something right.

Thank you for joining me on this journey. I hope that I have been able to provide you with some new and interesting information in this article. If you have any comments or questions that you’d like to make, please feel free to do so below and I will be sure to reply.