Skip to content
Previous Post: Sloth Sleeping Habits – How Much Is Enough For Them? Next Post: Why Do Sloths Have Long Claws? Let’s Examine The Reasons 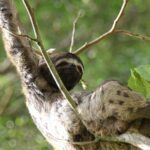 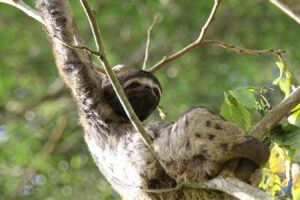 As random as it may sound, have you ever thought about the anatomy of a sloth? They seem to be known by many people for moving slowly and for having claws (and for being sooooooo cute)…..but what about other features of them? For example, do sloths have tails?

In this article, I am going to examine this further and provide an answer to this question. I will do so by presenting some information about the anatomy of a sloth, discussing whether or not sloths have tails, talking about some animals that have long tails, and also talking about some animals that do not have tails at all. At the end of it all, I hope to have informed and entertained you. So, let’s begin…..

How Are Sloths Put Together?

From a biological perspective, some anatomical features that sloths possess are the following:

But What About Tails?

Continuing on with the anatomy of sloths, I will now discuss the main topic of this article – that is, do sloths have tails? Before I get into the de”tails” (okay, that may have been bad), I would like to present a bit more information regarding types of sloths.

There are six species of sloths, which are divided into two categories: two-toed and three-toed. Hoffman’s and Linnaeus’s sloths are two-toed ones, with the four remaining species being three-toed ones: Brown-throated, Maned, Pale-throated, and Pygmy. For more information about this, check out my article titled, “Different Types Of Sloths – How Many Are There?”

So, even though different sloths have different sizes of tails, all of them have tails that are relatively short. Let’s now take a look at tails of some other animals and do some comparisons.

Long Tails In The Animal Kingdom

How do sloths’ tails compare to the tails of other animals in the animal kingdom? Specifically, what are some of the animals that have long tails? That is the topic that I am going to address next.

When taking another look at the lengths of sloths’ tails, Pale-throated sloths have the longest ones (up to 110 millimeters in length). For comparison purposes, let’s take a look at an animal that has a long tail – the giraffe. Likely known by many people as having a long neck, giraffes also have long tails. While their neck can reach a length of up to six feet long (over 1,800 millimeters), their tails can grow even longer than that – sometimes up to eight feet long! That is over 2,400 millimeters long!

How about thresher sharks? Before doing my research for this article, I had never heard of this animal before. Their tails can grow to be up to 10 feet long – that is over 3,000 millimeters long!

Another potentially interesting comparison pertains to how long an animal’s tail is in relation to its body length. Two animals that have long tails relative to their body lengths are the long-tailed grass lizard (whose tail can be up to three times longer than its body) and the long-eared jerboa (whose tail can be two times longer than its body).

Going from one extreme to the next, let’s now take a look at some animals that do not have a tail at all.

Who Needs A Tail? Not These Animals!

According to Business Insider, “Most birds, mammals, reptiles, and even fish have tails. But humans and other apes don’t, even though our close primate relatives do.”

I don’t know about you, but when I consider how many animal species exist on the planet (over a million) I am very surprised that so few of them do not have tails.

The End Of This Tale/Tail 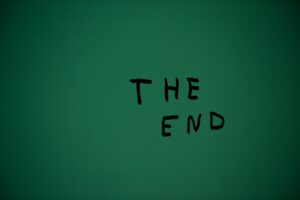 To answer our question, “Do sloths have tails?”, my research on this clearly shows that all six species of sloths do indeed have tails. They are all relatively short and vary in length from species to species, but all sloths do have tails.

Thank you for taking the time to read this article. I hope that you learned something new today and that you enjoyed reading it. Do you know of any other animals with long tails? How about animals with no tails at all? If you do, I would love to learn about them so please let me know in the section below. Also, if you have any comments or questions, please feel free to do so (below, as well).