Skip to content
Previous Post: Sloth Games Online – They Didn’t Have These When I Was A Kid Next Post: Is A Sloth A Bear? Hmmmm…..Let’s Look Into This 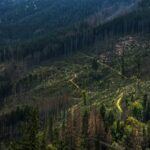 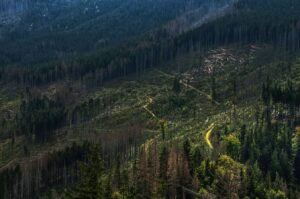 Animals are so important to the ecosystem and to the health of our planet (and to all humans), possibly more important than so many people realize. Sadly, so many of these animals are in trouble, with many of them being endangered. Endangered animals in the rainforest is the topic of this particular article as I present some more information regarding this.

I will present this information in the following manner: first, I will provide some information about rainforests in general, I will then discuss why and how animals are so important to these rainforests, and finally I will present a list of some of the animals in the rainforest that are endangered. At the end of it all, I will have hopefully provided you with some useful information. So, let’s begin…..

Some Info About Rainforests 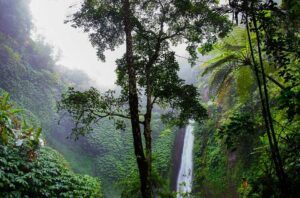 Rainforests are hot, humid jungles and are appropriately named, since they receive a lot of rain. They cover approximately 6% of the total land surface of the earth, yet account for over half of the animals and plants that are found on this planet. They used to cover a lot more of the earth’s surface but due to destruction (almost all of it done by humans), these rainforests have been getting smaller and smaller over time.

This is not good news since rainforests are so important to our planet and to those animals (and humans) that live on it. According to National Geographic, “Rainforests’ rich biodiversity is incredibly important to our well-being and the well-being of our planet. Rainforests help regulate our climate and provide us with everyday products. Unsustainable industrial and agricultural development, however, has severely degraded the health of the world’s rainforests.”

Check out this video about deforestation of the Amazon rainforest, which was posted by CNBC Television on December 1, 2020.

Why Are Rainforest Animals So Important?

Healthy animals (as well as healthy plants and healthy trees) in the rainforests are so important for so many reasons. Two examples include the following:

Unfortunately, it seems like so many people do not care about the tremendous health benefits that may be found in rainforests. Instead, they choose to destroy these important animals, plants, and trees for their own greed and personal satisfaction.

These Animals Are In Serious Trouble

Sadly, there are so many animals on this planet that are in trouble…..and some of them are in very serious trouble. In addition to animals, there are also a number of plant species that are in trouble, too. According to the United Nations, “…around 1 million animal and plant species are now threatened with extinction, many within decades, more than ever before in human history.”

It would take me a long, long, long time to compile a list of all animals and plants that are facing the possibility of becoming extinct. So, I have chosen instead to present a list of some of the animals that International Union for Conservation of Nature and Natural Resources (IUCN) has listed as endangered. All of these particular animals call the rainforests their home and they are all very important to have around. In no particular order, here is the list that I came up with:

The pygmy three-toed sloth, which is only found on a little island near Panama in the Caribbean, is listed as critically endangered by International Union for Conservation of Nature and Natural Resources (IUCN). To learn more about the uncertain future of the pygmy sloth (and all sloths), check out my article titled, “Are Sloths Endangered? The Sad Reality“.

This particular turtle, which lives in Indonesia and Malaysia, is another animal that is listed by International Union for Conservation of Nature and Natural Resources (IUCN) as critically endangered. Loss of habitat and poaching are two reasons why this animal has a future that is in doubt.

The glaucous macaw is/was a beautiful, big parrot, with gray and blue colors on it. There have not been any well-founded recordings of this animal since the 1960s, so it is very possible (or maybe even probable) that the glaucous macaw is already extinct. Once again, human activities are to blame.

According to World Wildlife Fund, the Amur leopard is yet another critically endangered animal. This particular animal is found in parts of Russia and China. With approximately 100 of these incredible animals remaining, humans can once again be blamed for this as a result of habitat destruction and poaching.

It may not come as a surprise to learn that the orangutan is listed by International Union for Conservation of Nature and Natural Resources (IUCN) as critically endangered, too. According to World Wildlife Fund, “These great apes share 96.4% of our genes and are highly intelligent creatures.” Sadly, their numbers have been decreasing at an alarming rate – loss of habitat and poaching are two reasons. 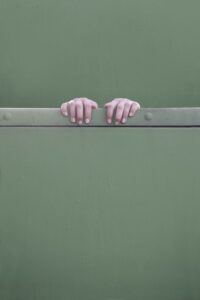 Even though most of the articles that I write are written specifically about sloths, I do love all animals and will at times write about animals other than sloths – like this particular article, which discussed endangered animals in the rainforest. I wrote this article by providing some information about rainforests in general, discussing why and how animals are so important to these rainforests, and presenting a list of some of the animals in the rainforest that are endangered.

Rainforests, animals, and plants are all vitally important to the ecosystem and the health of our planet (and to all of us living on it). I believe that these precious resources are worth looking after and worth protecting…..for all of us today and for our future generations.