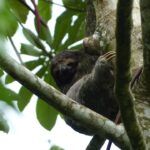 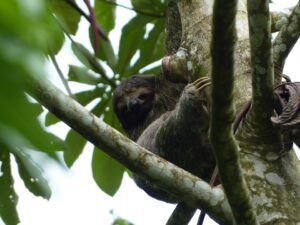 Has the gentle, lovable, adorable sloth always been a slow-moving, tree-dwelling creature? It may be difficult to imagine the sloth any other way (it sure is for me), but in today’s article I am going to discuss evolution of sloths and will present some information that may surprise some people. Specifically, I will focus on the evolutionary time period as it pertains to sloths, discuss some of the different species of sloths that existed during this time, and put forward some questions to possibly consider thinking about.

How Long Have Sloths Been Around?

In one form of species or another, sloths have been around for millions of years. At one time, there were many species (dozens) that could be found on this planet. Today, the number of sloth species is six, which are divided into two categories: two-toed and three-toed sloths. As a potentially confusing side note, all sloths have three toes, but the two-toed ones only have two fingers (they are sometimes called “two-fingered sloths”, which is far less confusing). 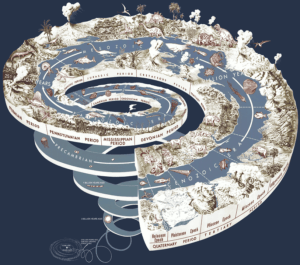 Approximately 35 to 40 million years ago, there was only one species, not the distinction that currently exists between two-toed and three-toed sloths. Somewhere along the way, they evolved into these two groups. Let’s now take a look at some of the species of sloths that used to exist, as we go into a little more detail about each of the following:

As a famous giant, the Megatherium sloth could grow to be 20 feet long, be able to stand over 12 feet tall, and weigh over 5,000 lbs. Sometimes named a “giant ground sloth”, it roamed this planet as far back as about 35 million years ago and became extinct around 11,000 years ago. From Greek, “megatherium” is translated to “giant beast”, and how appropriate of a name that is for this creature. As for evolution of sloths, this one evolved to become the three-toed sloth.

Mylodontidae – These Claws Were Made For Digging

Thalassocnus – A Ground Sloth That Also Lived In The Water

The Thalassocnus sloth spent some of its time living on land and some of its time living in the water. It had claws that were long, hooked, and powerful, which it used to grab onto the ocean floor. In this position, it was able to move itself forward by pulling with its claws while fighting against the ocean waves. Also, it was able to use these same claws to go digging for food in the water, such as seagrass and marine algae. The Thalassocnus sloth lived on Earth as far back as about eight million years ago and became extinct around four million years ago. 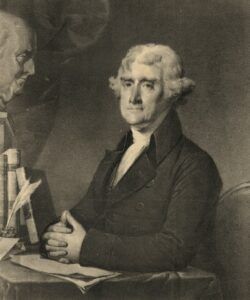 In the latter half of the 1790s (before he became the 3rd U.S. President), Thomas Jefferson was presented with some bones from western Virginia. As a collector of fossils, Jefferson spoke about these specific ones at a meeting of the American Philisophical Society in Philadelphia. Thinking that these were the remains of some huge animal like a lion, he gave it the nickname “Megalonyx”, which translates to “great claw” or “large claw”. Caspar Wistar, an American physician and anatomist, determined that these fossils actually came from a large, meat-eating sloth that lived in North and Central America, which went extinct around 11,000 years ago, after surviving for over ten million years. As for evolution of sloths, this one became the two-toed sloth.

According to West Virginia Legislature, SENATE CONCURRENT RESOLUTION NO. 29, “Wistar named the bones as a new species, Megalonyx Jeffersonii, in honor of President Jefferson”. The Resolution also states that, “…be it Resolved by the Legislature of West Virginia: That Megalonyx Jeffersonii be designated as the official state fossil…”. The details of SENATE CONCURRENT RESOLUTION NO. 29 can be found here: http://www.wvlegislature.gov/Bill_Text_HTML/2008_SESSIONS/RS/Bills/scr29 intr.htm .

On August 25, 2020, the Sibotherium Ka sloth was added to the list of sloths that used to exist. It took nine years of research to determine the existence and identity of this particular sloth, which was roaming around Costa Rica approximately 5.8 million years ago. While not as tall as the Megatherium sloth, the Sibotherium Ka was still a big one, as it stood almost ten feet tall.

Evolution Of Sloths – Millions Of Years Of History And Evolution

In this article, I discussed the fact that sloths have been on this planet for approximately 35 to 40 million years, as well as some of the species of sloths that used to exist. The extinct sloths of the past shared some similarities and common characteristics with today’s sloths, but were also different in many ways.

Evolution of sloths shows that sloths have evolved and adapted over millions of years, and this article discussed six extinct species: the huge sloth (Megatherium); the hole-digging sloth (Mylodontidae); the sloth that lived in the water, as well as on land (Thalassocnus); the cave-dwelling, rock climbing sloth (Diabolotherium); the sloth that was named after a U.S. President, as well as designated as an official state fossil (Megalonyx); and a new addition to the list (Sibotherium Ka). Not previously discussed in this article, but hopefully worth mentioning, is the fact that the last ground sloth to go extinct was the Megalocnus rodens, which was still roaming around Cuba approximately 4,200 years ago.

With quite an evolution over millions of years, what will future sloths look like? Will they survive for another 35 to 40 million years? If they do, how much will they change? Is there anything that we can learn from today’s sloths…like maybe, just maybe, slow down (and enjoy life more)? It seems to be working out quite well for them.

I hope this article provided some useful information for you and I would like to thank you for reading it. If you have any comments or questions, please feel free to submit them below.