Skip to content
Previous Post: Define Slothful – My Name May Be Part Of The Definition Next Post: Sloth Vs Koala – So Similar In So Many Ways 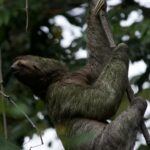 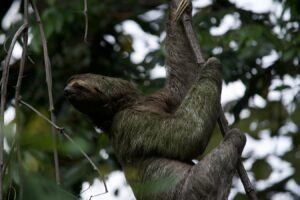 When looking at pictures or watching videos of sloths, what have you noticed and observed about them? How cute they are? How slowly they move? What about, “Hey, why do sloths have a green color to them?”. I wonder how many people have asked themselves that question. Well, this green color is actually algae and there is a reason that it is there – a sloth and algae symbiotic relationship exists and I will go into more details regarding that in this article.

I will do so in the following manner: first, I will discuss why algae would be on a sloth; then, I will go into a bit more detail about the algae that can be found on sloths; finally, I will discuss the special relationship that exists between sloths and this algae. When all is said and done, I hope to have provided you with some education on a topic that I think is pretty cool to discuss and to think about.

What Is This Green Stuff On Sloths?

Yes, you read that correctly earlier – sloths have algae living on them! But despite how bad (and disgusting) that may sound to some people, it is actually a very good thing for both the sloth and the algae. Let me explain…..

Sloths move very, very, very, slowly. They are actually the slowest-moving mammal, as well as one of the slowest-moving animals, on the entire planet. Sloths also have a certain uniqueness regarding their fur (including grooves in it and coarseness of it). This slowness of movement combined with this unique fur provides the opportunity for algae to live on sloths. And it’s not just algae living on sloths. A number of other creatures and critters can be found living on them, including beetles, cockroaches, fungi, and parasites. That is quite the habitat that is going on there!

More About This Algae

Okay, so sloths have various critters living on them, including algae. Earlier, I alluded to the fact that this is a very good thing for both the sloth and the algae, which I will elaborate on next.

Algae are considered to be plants and as such, they need water in order to survive. By living on sloths, algae are able to receive this much-needed water, as well as receiving shelter.

Sloths benefit from having algae living on them because the algae provides sloths with much-needed camouflage. The main predators of sloths hunt prey visually (and running away is not an option for sloths), so being camouflaged provides a way for them to stay safe.

So, a mutually beneficial arrangement exists between sloths and algae, as both parties receive one or more very important benefits from the other. In biological terms, this is known as “symbiosis” or “mutualism”.

What Is This Symbiosis And Mutualism Stuff About? 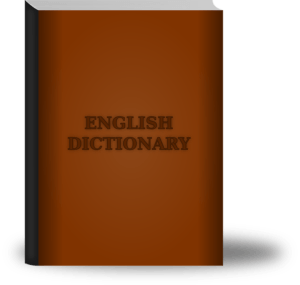 I have researched to find definitions of the words “symbiosis” and “mutualism” and have presented some of these definitions (along with their sources) next:

Elaborating on the definition of “symbiosis” given by National Geographic leads me to present some definitions of the word “mutualism”, which I have provided next:

So…..What Does All Of This Mean?

In more simplified terms, all this really means is that while sloths and algae are different species living different lives, they have a special relationship and they benefit each other. They each get one or more very important benefits from the other. They help each other survive. According to the definitions that I researched, symbiosis and mutualism exist between sloths and algae.

The Sloth And The Algae Together 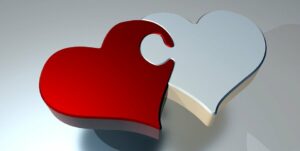 It may sound strange to say but sloths and algae go together like bread and butter, or like pizza and beer (or maybe like me and napping). Except that the sloth and algae symbiotic relationship that exists between them is of vital importance to their survival. As this article explained, each one depends on the other for this survival and thus, a mutually beneficial arrangement exists.

I wrote about this arrangement in this article by discussing why algae would be on a sloth, going into a bit more detail about the algae that can be found on sloths, and discussing the special relationship that exists between sloths and this algae. I hope that you were able to learn a thing or two by reading my article today.

For me personally, writing articles like this one get me to thinking about many things, such as:

Thank you for taking the time to read this article. If you have any comments or questions that you’d like to make, please feel free to leave them below and I will be sure to reply.