Skip to content
Previous Post: Sloth Tee Shirts – Sloths And Coffee, Two Of My Favorite Things Together! Next Post: Endangered Animals In The Rainforest – This Makes Me Sad 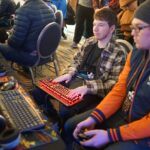 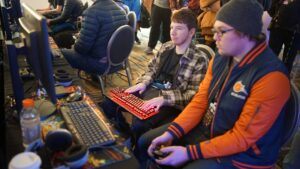 As part of my “younger years”, I can recall video games being a fun part of my life back then. Even though I did not know much (if anything) about sloths back then, I know that there were not any sloth games online…..there was not even an online!

“Back in my day”, video games could be found in various businesses in my city including arcades, billiard halls, our bowling alleys, and some convenience stores – but there was no such thing as the Internet back then. If there had been, I imagine that I would have played a lot more than I actually did (which was already a lot!).

As the owner of allaboutsloths.com, I am going to discuss online games that are sloth-related ones in this particular article. I do not have any games to promote or sell, I just thought it might be fun and interesting to do some research to see what I can find out there.

I will write my article in the following way: I will provide a bit of history about video games in general, I will present some sloth-related online games that I came across in my research, and I will briefly describe each one of these games. At the end of it all, I hope to have provided you with some interesting information. So, let’s get this video game stuff going! 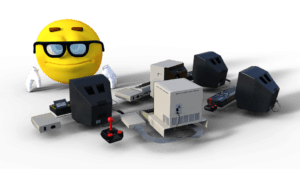 When looking back at the history of video games, I found some information that surprised me. I had no idea that the concept of artificial intelligence was around in video games in the 1950s. Two examples of this are the games of Bertie the Brain and Nimrod computers.

Before discussing Bertie the Brain and Nimrod, though, I would like to go back even further in time – to April 1940. This is when the Nimatron made its debut. This machine allowed the user to play a game called “Nim”, which is a math game that utilizes strategic maneuvers. The Nimatron led to the creation of the Nimrod.

Released in August 1950, Bertie the Brain was created by an Austrian-born Canadian engineer by the name of Josef Kates. This game utilized artificial intelligence, enabling a player to compete against a computer in a game of Tic-Tac-Toe. This machine was a monster as it stood 13 feet high!

The Nimrod computer made its first appearance to the world in May 1951 at the Festival of Britain. Like Bertie the Brain, the Nimrod also utilized artificial intelligence. The Nimrod was a monster, too, with a width of 12 feet, a depth of nine feet, and a height of five feet.

In October 1958, a video game called “Tennis for Two” was released. Built by American physicist William Higinbotham, two players were able to compete against each other in this simulation of a tennis match. Check out this video of Tennis for Two, which was posted by Ultimate History of Video Games on April 22, 2018.

Spacewar! came out in February 1962 and was a video game that was based on a battle in space between two players, each one with their own spaceship.

In November 1972 the game of Pong was released by Atari, Inc. Two players were able to compete against each other as each one had a paddle to use. While it may seem archaic by today’s standards, Pong was a big deal when it came out and will always have an important place in the history of video games.

Are There Actually Sloth Games Online?

As I began to do my research for this article, I quickly realized that there are a lot of online games available to be played! While it did seem like I had many options for video games in my younger years, it seems to me like there are so many more options available now. Mind you, my favorite video game was 1942 so I did not look too far past that game for my video game entertainment.

So, what about sloth-related online games? While I certainly did not put together a list of every single one of them, I did manage to compile a list of some of the ones that piqued my interest while I was doing my research. In no particular order (other than alphabetic), these are the ones that I am including in my list:

Please note that I have not researched free vs. paid games, which games are for which age groups, which games can be played online vs. which ones have to be downloaded, etc. So, if you are interested in learning more about any of these particular games, I encourage you to do your own research.

The Lost Sloth (from Animade) has the player searching for a hidden sloth within a building. This game seems convenient to play as I was able to simply go to the site and begin playing without downloading anything first. This game can be found at https://sloth.animade.tv/.

Available on STEAM, Sloth Quest presents the player with over 30 levels of jungle challenges. When looking at the previews of this game, I quite like the graphics and the concept of the game (it kind of reminds me a little bit of the video game Donkey Kong…..maybe just a little bit).

Choose your sloth – #1, #2, or #3 and see if it wins the race as it crawls from the start to the finish, possibly encountering obstacles along the way (such as the poop emoji that may come hurtling towards it). This game is available from Download Youth Ministry at https://www.downloadyouthministry.com/.

I found Super Sloth – Play it slow on Google Play but once again, it may be available elsewhere, too. This particular game challenges the player to help the sloth travel along while avoiding obstacles and attempting to collect items along the way. 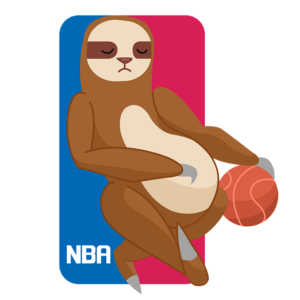 Well, after doing some research (and taking a trip down memory lane), this article was written about video games and sloth games online. I provided a bit of history about video games in general, I presented some sloth-related online games that I came across in my research, and I briefly described each one of these games.

Have you tried any sloth-related games? Do you have a favorite video game from your childhood? Is it the same as mine – 1942?

Thank you for taking the time to read this article. I hope that you enjoyed reading it as much as I enjoyed researching it and writing it. As always, please feel free to leave any comments or questions below and I will be sure to reply.