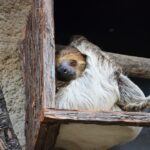 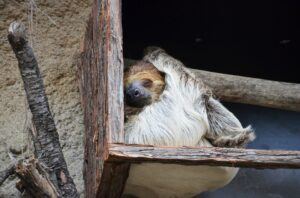 Scientific Names Of Sloths From Today

There are six species of sloths, which are divided into two categories: two-toed and three-toed. From a biological/technical/scientific perspective, the “official” sloth names are as follows:

For more information on the six species of sloths, check out my article titled “Different Types Of Sloths – How Many Are There?”

Some Scientific Names Of Sloths From The Past

From out of the history books, these are the biological/technical/scientific “official” sloth names of some of the extinct species of sloths:

For more information on sloth history and about these extinct species of sloths, check out my article titled “Evolution Of Sloths – A Bit Of History“.

Some Cool Given Sloth Names 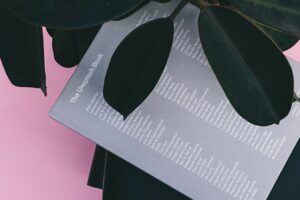 After discussing scientific sloth names, it is now time to have a bit more fun, as my focus now shifts to given sloth names. I had a lot of fun researching for this part of the article as some of the names that I found made me chuckle. I also imagined the process of coming up with a name for a sloth – especially a baby sloth – and how interesting that would be to do (as a side note, baby sloths are known as cubs).

I know that there are so many more cool given names that I did not come across in my research, but this is the list that I did manage to come up with:

Some More Cool Given Sloth Names…..Sort Of

What’s In A Name? 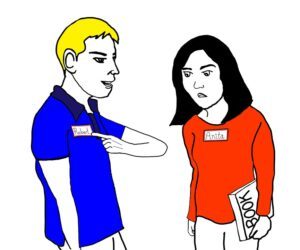 After presenting the scientific names of sloths from today, some scientific names of sloths from the past, and then some cool given sloth names, I hope that you learned something today – or at least enjoyed this article. I also hope that you have come to realize (like I have) that quite often, there is a lot of significance and meaning attached to a given name.

Do you have a favorite name from these lists? Do you know of any other sloth names that you’d like to share with me? Feel free to answer these questions (or leave any comments) in the section below – I’d love to read what you have to say and will be sure to reply.