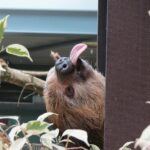 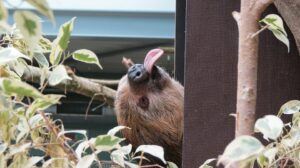 Have you ever wondered about what noises certain animals make? Dogs bark, cats meow, cows moo, etc. but with so many animals on the planet making so many noises, there must be some that make quite the interesting ones! As the owner of allaboutsloths.com, I have made the topic of this particular article sloth noises, which I will discuss in a little bit of detail.

In addition to noises of sloths, I will also discuss the noises of some other animals, as well as presenting a list of some animals that do not emit noises vocally. At the end of it all, I hope to have provided you with an interesting and informative read. So, let’s make some noise!

What Noises Do Sloths Make?

How about some video (and audio) with sloth noises? Check out these two videos:

The first video was posted on March 15, 2017 by Toucan Rescue Ranch and it shows a female sloth that is “ready for some action/male attention”.

The next video was posted by Sharesloth on March 9, 2015 and is a compilation of sloth noises. Be prepared for a lot of cuteness!

What Noises Do Some Other Animals Make? 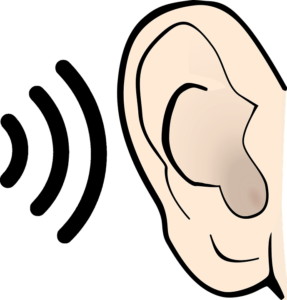 After discussing some of the noises that sloths make, let’s now move our discussion to noises that some other animals make. There is no way that I would be able to research every noise that every animal on the planet makes (nor would I even want to!), so I have narrowed my list down to five animals with noises that I found rather interesting, which are the following:

The Roar (Or Not) Of The Cheetah

In my younger days, I can recall a cheetah being brought into one of our local malls. This particular cheetah was starring in a movie of some kind and was on a promotional tour related to that movie. Of course, I wanted to meet this cheetah – which I did. The most vivid memory that I have of this experience was being able to pet this beautiful creature and while doing so, I heard it purring. What an incredible moment! So, I know from firsthand experience that one of the noises that cheetahs make is purring. According to SeaWorld Parks & Entertainment, “Cheetahs produce a variety of sounds including growls, purrs that generally denote contentment, chirps (between a mother and her cubs), and an “explosive yelp” heard by humans from 2 km (1.24 mi.) away.” As interesting side notes:

What Is This Noise?

The fox is another animal that I have personal experience with as they are found within the city that I live in. One early morning, I was awakened by what I thought was a female screaming from outside my apartment building. Feeling anxious, nervous, and unsure about how to deal with this situation, I continued to monitor and was planning in my mind what to do next. Then, much to my surprise (and relief), I realized that everything was fine outside my apartment building on that early morning day, as there was a fox out there making that scary noise. According to Wonderopolis, “One of the most common fox vocalizations is a raspy bark… Another eerie fox vocalization is a type of high-pitched howl that’s almost like a scream. Scientists believe that this howl might be used by foxes as a mating call.” Yes, I definitely heard that high-pitched howl – yikes!

I consider the koala to be one of the cutest animals that there is. This particular animal made it onto my “cute list”, which can be found in my article titled, “What Are The Cutest Animals? There Are So Many!“. However, cute looks do not necessarily mean that cute noises will be present. According to Fatherly, “You would think a koala would make a cute little squeak or chirping sound… but it has the opposite. It basically oinks, snorts and grunts.” Okay, I don’t know if I would have guessed that!

Some Noises From Down Under

Before doing my research for this article, I admit that I did not know much about the possum. I did, however, learn a few things about it while doing my research, including the fact that possums and opossums are two different animals. I also learned about possum noises, which Australian Geographic states as follows: “Researchers have documented 18 different brushtail possum sounds. These include “grunting, growling, hissing, screeching, clicking and teeth-chattering calls, many of which would not be out of place on a horror movie soundtrack”. Common brushtail possums (Trichosurus vulpecula) live across much of suburban Australia.”

Africa Freak states that ” Rhinos are usually quiet animals but they make a variety of sounds in different circumstances. These include grunting, growling, mooing, panting, squealing, screaming and trumpeting.” As with the koala, I am not sure that I would have guessed that rhinos make these particular noises.

These Animals Are Quiet Ones…..Sort Of

According to Reference*, “Animals that do not vocalize noises include snails, worms, hermit crabs, sharks and goldfish. Turtles, snakes, lizards and rabbits are considered silent pets because of the rarity of their vocalizations, though they are capable of vocalization.”

Even though some animals may not emit noises vocally, they are so smart and are able to communicate in so many other ways. It is my belief that animals are much, much smarter than most people think.

Well, we have made it to the end of this article. In it, I discussed sloth noises, the noises of some other animals, and presented a list of some animals that do not emit noises vocally.

Thank you for taking the time to read this article. I hope that you enjoyed reading it as much as I enjoyed researching and writing it (as well as reliving my cheetah and fox experiences). If you have any comments or questions, please feel free to leave them below – I would love to read them!