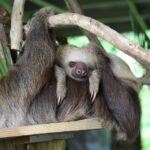 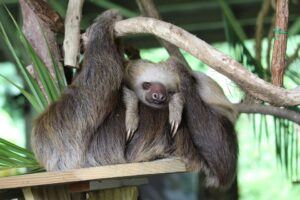 Known by many as slow-moving, tree-dwelling animals, sloths are adored and loved by so many people around the world (myself included). But the sloths of today are very different from sloths of the past. They have evolved and they have adapted over many, many years to become the wonderful, adorable creatures that they are today. This article is going to dig deeper into this subject by attempting to answer the question, “Where do sloths originate from?”.

I will work towards the answer to our question by discussing sloths from the past, talking a bit about sloth adaptations and evolution, describing sloths of today, and presenting some relatives of sloths. Once we finish our time together here, I will have hopefully accomplished three objectives: answered our question, provided you with some new information, and entertained you (at least a little bit). So, let’s begin as we take a trip back in time…..way, way, way back!

Way Back In Time – 50+ Million Years Ago

At one period of time in the history of our world (50+ million years ago), a superorder named Xenarthra was living in South America. According to Merriam-Webster, the definition of superorder is “a category of biological classification ranking below a class and above an order”. The particular animals in this superorder survived a long period of isolation and developed strange joints (when translating the name “Xenarthra”, it means “strange joints”). The backbones of all Xenarthrans have extra joints and generally speaking, Xenarthrans have adapted to being “diggers”.

Approximately 35 to 40 million years ago, there was only one sloth species that existed (today, there are six). Between then and now, sloths have evolved and adapted in a number of ways. Some sloths were huge creatures, some sloths were hole-diggers, some sloths lived both on land and in the water, and some sloths lived in caves. For more information about sloths from the past, check out my articles titled, “Evolution Of Sloths – A Bit Of History” and “Where Did Giant Ground Sloths Live? Certainly Not In Trees Like Today’s Sloths Do!“. 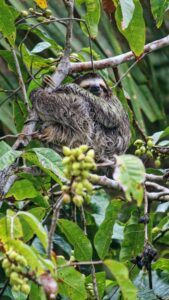 Over the years, sloths have evolved and adapted in numerous ways. Some of those ways include the following:

The Sloths Of Today

During the 35 to 40 million year journey that sloths have been on, they have evolved and adapted to now have six species. Within the six sloth species, there are also two categories: two-toed sloths and three-toed sloths. The six species are named as follows:

Hoffman’s and Linnaeus’s sloths are classified as two-toed sloths, while the category of three-toed sloths consists of Brown-throated, Maned, Pale-throated, and Pygmy sloths. To learn more about the six sloth species, as well as about the two categories, check out my articles titled, “Different Types Of Sloths – How Many Are There?” and “2 Toed Sloth Vs 3 Toed Sloth – They Aren’t All The Same“.

All Part Of The Same Family

Despite the fact that two-toed and three-toed sloths are similar in many ways, the evolutionary journeys that they have taken were actually done independently of each other. As a result of this journey, they are distant relatives. Based on the Xenarthra superorder presented earlier, the closest relative to the sloth is the anteater and the second closest is the armadillo.

Even though sloths, anteaters, and armadillos may seem like very different animals, they do share many similarities, some of which include the following:

For more information regarding sloth relatives, check out my article titled, “What Is A Sloth Related To? Besides Me, That Is!“.

That Was Quite The Journey 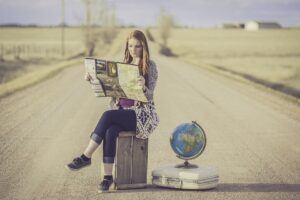 Well, we traveled back in time over 50 million years in an attempt to answer our question, “Where do sloths originate from?”. This journey took us from discussing sloths from the past to presenting some relatives of sloths. We also talked about sloth adaptations and evolution, as well as describing sloths of today.

At the end of this journey, we did indeed answer our question as we went back to South America over 50 million years ago. Sloths have certainly changed in a number of ways but in order to survive for so long, they must be doing something right. Especially when they are the slowest-moving mammal on the planet! With terrible eyesight to boot!

I truly hope that you enjoyed reading this article as much as I enjoyed researching it and writing it. I also hope that you learned something new from it, too. If you have any comments or questions regarding it, please feel free to leave them below and I will be sure to reply.