Skip to content
Previous Post: Where Do Sloths Originate From? Let’s Take A Trip Back In Time 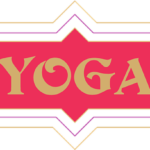 The time that we have on this planet is limited, so I believe that it is important to take care of ourselves physically, mentally, and spiritually. As part of this, many people have incorporated yoga into their lives. Yoga has quite a number of potential health benefits, but when I came across information about yoga with a sloth, I was somewhat taken aback.

Before doing my research for this article, I admit that I knew very, very little about yoga. I had seen some images of people in parks, doing yoga stretches and poses. Watching these movements, the individuals performing them appeared to me to be very relaxed, very calm, and very focused. I am certainly far from being a yoga expert, so those are simply my impressions of the activity. But incorporating sloths into yoga does not leave me with a good impression at all.

This article is going to discuss the topic of sloth yoga in a little bit more detail and I will do so in the following manner: first, I will talk a little bit about some yoga history, then I will present a list of some of the potential health benefits that may be realized by some people that practice yoga, and finally I will end with some information about yoga with animals (including yoga with sloths). At the end of it all, I hope to have educated you and entertained you. So, sit back, relax, and let’s talk about yoga. And about sloths, too…..of course!

Before doing my research for this article, I did not realize that yoga has such an incredible history to it. I have a whole new appreciation of it as I have now learned more about it.

According to YogiApproved.com, “Many scholars and yogis dispute the starting period of yoga and how it evolved. Often, it is believed that yoga dates back upwards of 5,000 years. Others believe it goes back more than 10,000 years.”

The Art of Living states that “The word yoga comes from the Sanskrit word yuj, which means union of the individual yoga practitioners and universal consciousness. The Rigveda is one of the oldest and most sacred books in human history, having been written 8-10 thousand years ago. Classical yoga is a part of this Vedic literature and was propounded by Maharishi Patanjali nearly 5000 years ago.”

What Is So Healthy About Doing Yoga? 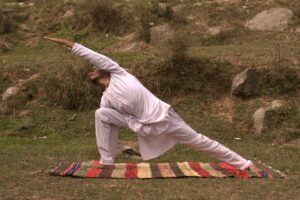 There are a number of potential health benefits that may be realized by some people when practicing yoga. However, like with any activity, not everyone will receive these benefits and before beginning yoga (or any activity), one should always consult with their health care provider first. Having said all of that, here are some of those potential health benefits that yoga may provide:

American Osteopathic Association states that “Aside from the physical benefits, one of the best benefits of yoga is how it helps a person manage stress, which is known to have devastating effects on the body and mind.”

Yoga With Animals – Is This A Good Idea?

I don’t know about you, but I am certainly surprised to see the potential health benefits that yoga provides (and I only listed some of the ones that I found in my research). I was also surprised (and pleasantly amused) the first time that I heard about goat yoga. Doing yoga with a goat on you? Hmmmmmm. The amusement is no longer there for me, however, as I believe that animals are not meant to interact with humans in situations and environments like this.

Furthermore, goats are not the only animals that you can do yoga with. According to Verywell Fit, “Of course, goats aren’t the only animals to take center stage in traditionally-human workout routines. There’s also cat yoga, dog yoga, horse yoga, and bunny yoga.” As if those weren’t bad enough, my research has also uncovered sloth yoga, as well, which I will elaborate on next.

Yoga With Sloths – Some Information For You

Okay, I totally get it. Sloths are slow, cute, lovable, and adorable animals. Who wouldn’t want sloths to hang out with them while they are practicing yoga moves and poses? That is exactly what a company in Florida thought when they began offering sloth yoga classes in 2019. The basic idea with these sessions was to perform yoga moves while a sloth is hanging around on a structure in the same room. Then, when the session ends, the participants can feed and pet the sloth, as well as take selfies with the animal.

While I don’t believe that the business owner was attempting to harm the sloths in any way, I do believe that this idea is a horrible one. And so did over 72,000 people that signed an online petition that was started by The Sloth Conservation Foundation. Because of this petition, sloth yoga at this particular facility in Florida has been canceled. You can read more about the story by going to https://www.abcactionnews.com/news/region-pinellas/sloth-yoga-canceled-in-madeira-beach-after-online-backlash.

There are so many reasons why sloth yoga is a horrible idea. Two such reasons are:

So, I applaud The Sloth Conservation Foundation and all those people that signed that petition. Sloths and I say “Thank you!”. 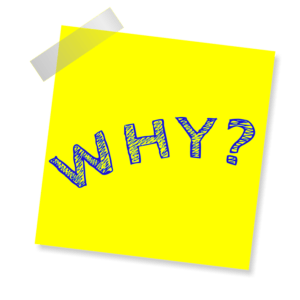 Well, we have now come to the end of this article. In it, I discussed the idea of yoga with a sloth and did so in the following manner: by talking a little bit about some yoga history, by presenting a list of some of the potential health benefits that may be realized by some people that practice yoga, and ending with some information about yoga with animals (including yoga with sloths).

I hope that you found some enjoyment from my article and that you learned a thing or two by reading it. What are your thoughts on sloth yoga? Or yoga with any animals? I would love to read what others have to say about this so feel free to leave your comments or questions below.